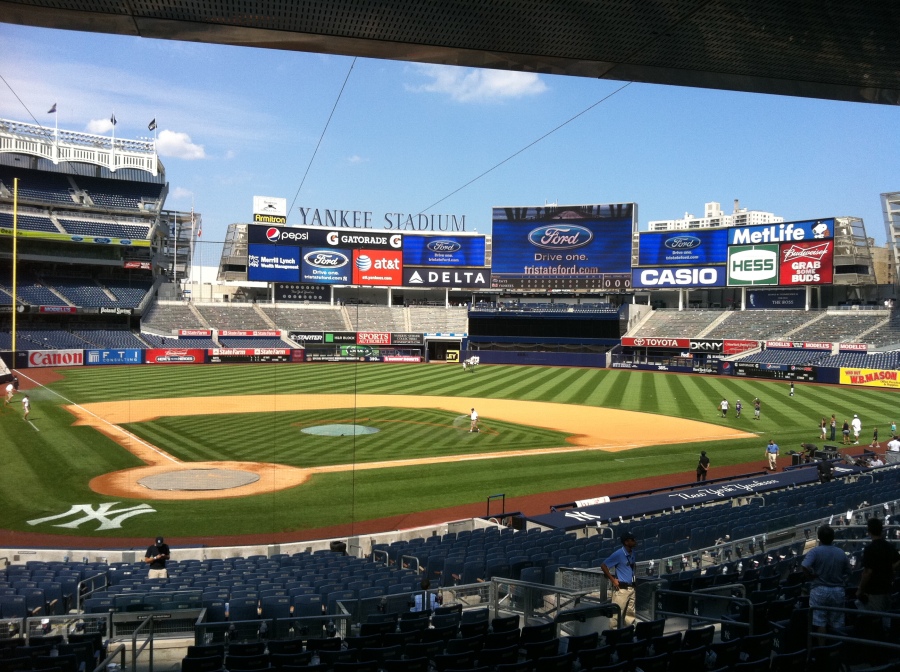 So how to begin?  Well…I had said that I wouldn’t do a kick-off post, but given how late the returns are going to be tonight, I might as well spend some time explaining my understanding of political parties. So let’s do this with an analogy. It wont be perfect – no analogy is – but it’s a good starting point for a discussion, so here goes:

Political parties in the United States are like sports teams in a professional league. To paraphrase something a wise man once said, “you play to win the game,” and that’s just as true in professional sports as it is in politics. But there’s more to it than that, right? Sports teams exist as organizations and institutions to market themselves and their team to fans. Each team has its own stars and its own traditions, and the team’s management works hard to make sure the fans support them all. Fans become heavily invested in their team’s performance, and many of them become so invested that they spend their days reading about their team on news sites and blogs and listening to people argue about them on talk radio and television.

One of the interesting features of American professional sports leagues is that although the teams share a common set of rules of play, they are given tremendous flexibility in how they operate their clubs, how they pursue their goals, how they design the stadiums in which the games are played, and a wide variety of other aspects of their operations. It’s almost baseball season, and I’m a die-hard NYY fan, so let’s use that sport and its stadiums to illustrate this. The teams in the MLB have all agreed to a set of guidelines for their stadiums, but within those guidelines teams can get very creative. Some stadiums are designed for left-handed hitters, other are designed for right-handed pitchers, and one even has a giant green wall that requires a hitter to deliver a moonshot in order to hit a home run. But the teams don’t have unlimited flexibility – when the clubs play one another, neutral umpires are called in and everyone plays by a common set of rules. You can’t, for example, decide that a walk in your stadium requires only three balls or that a game only has eight innings. Some things just aren’t allowed.

Now think about the way the baseball season works. First, the teams gather in a variety of locations to begin their training. Although there are exhibition games during the spring, most of camp is spent with each team’s players training and practicing at their team’s individual facilities. Older players are working themselves back into shape, and younger players are fighting for one of the few open spots on the team. How, when, and where those camps operate are entirely up to each individual team, and even when two teams come together to play an exhibition, the rules of the regular season don’t apply. The number of innings, the size of the teams, and all manner of other things operate under different sets of rules than the regular season, and sometimes those rules even change from exhibition to exhibition. But once the regular season gets underway, things change. Everyone plays by the same set of rules, and neutral umpires – ones that work for the league rather than for individual clubs – call the balls and strikes and enforce the rules. There are mechanisms in place that teams can use to challenge the calls on the field, but only in certain circumstances, and once a final call has been made everyone has agreed in advance to live with it. At the end of the season, one team and only one team is crowned the champion.

So let’s play the analogy out. Political parties are teams that are organized to win elections. They exist to do other things as well – I’ll have much more to say about those things over the coming weeks and months – but winning is their primary purpose. Our presidential elections have two phases: the primaries and the general. The primaries are like Spring Training. Each team meets on its own to get ready for the general election, and as a part of that process it holds a series of exhibitions that we call primaries and caucuses. Some of the candidates and party officials that show up for these exhibitions are well known throughout the party and with the general public at large, but others are newbies who are trying to break in and get noticed for the first time. Each party holds a number of exhibitions – the parties and caucuses in each state – and the rules often vary from event to event. Some of the events are open to the general public – those are open primaries – but others are more limited – closed primaries and caucuses. However each event operates, the rules of each contest are determined by the teams themselves operating within a set of guidelines set out by the MLB.

At the end of the primary season, each party gathers together its most important professionals – the party officials that serve as delegates to the convention – to make a final determination about who will make the team. And here is one of the key points: this is still the exhibition season, so it is up to each team to make this determination on its own in accord with its own rules and values based solely on what its members believes to be in their shared best interest. The parties are preparing to engage in a small-d democratic contest, but because that season has not yet begun, they do not yet have to follow the small-d democratic rules of the general election. I expect I will continue to make this point over and over again over the coming months because it is very important! The purpose of primary season is for the people who make up the party to decide who is best positioned to help them win in November. That is what matters. That is the ONLY thing that matters. And because this is not yet the small-d democratic democratic portion of the season, they do not have to follow small-d democratic rules while making this decision!

Because again: parties exist to win elections, and given that fact, the purpose of the nominating convention is to pick the candidate that everyone on the team believes would make the best candidate. Return to baseball for a minute: you could’ve objected to the Yankess picking Derek Jeter as their captain if you had wanted to – although to be frank if you had WTF?!? – but that was a decision that only the Yankess players, coaches, and management could make. You could’ve objected until you were blue in the face, but they were not under any obligation at all to listen to you or to heed your advice. In the same way, you can object to the manner in which the parties choose their candidates, but unless you are an active, committed member of the party – and believe it or not that’s a realitvely easy thing to become, but more on that later – you don’t actually get a say. Sure thing, you get a “vote” in the primary, but you don’t get to go to the convention any more than you get to visit the locker room before the first game, so under the rules by which the parties operate, the party doesn’t have to honor your vote. That’s just not how this works, and if you ask me, it absolutely should not be. You have every right to participate in the party process and, if you so choose, to fight to alter the rules by which they operate, but if you aren’t willing to actively participate, I don’t see any reason at all why you should get a say in what a party is or does. Parties are extra-constitutional organizations, so no matter how much you might wish otherwise…wait…More on that later… Back to baseball.

The general election is like the regular season. The teams play by a set of rules determined by an institution external to them, and neutral umpires are called in to make sure everything is run in a fair way. Sure, some of the umpires aren’t actually neutral – some Secretaries of State are actually open partisans; see, for example, Florida in 2000 – but we nevertheless expect that these people will operate according to a set of shared, formal and informal rules that have been enshrined into laws at both the federal and state levels. At the end of the election process, one candidate is named the winner under those rules, unless the rules have been violated or there is a tie, in which case the rules require congress to get involved.

OK….I could go on like this, but I hope you’ve got the idea. And anyways, where it gets interesting is in the places the analogy breaks down. And on that note, let’s see how those parties are doing tonight!

2 thoughts on “While We Await The Results…”